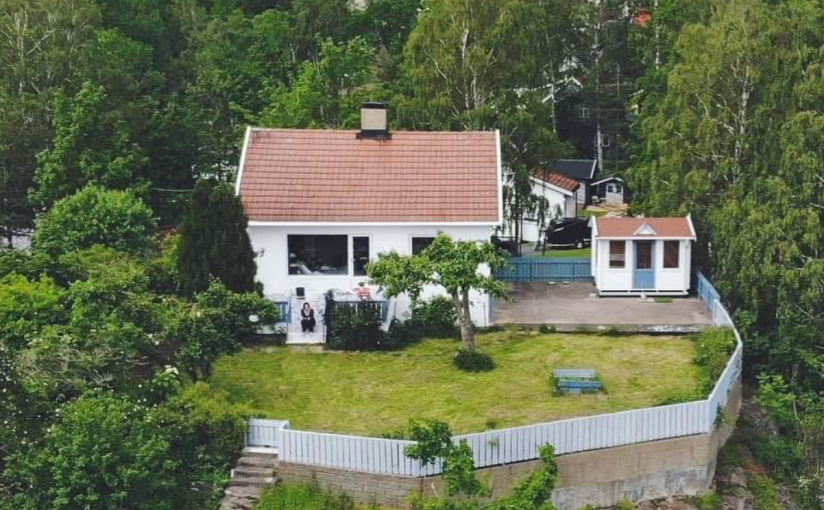 Here I am,  practicing with my drone while enjoying a short summer down south.

Short – because the rain came pouring down less than an hour after these shots. Also, I couldn’t wait to reunite with the midnight sun ❤

I’ve bought myself a drone.

For years now I have watched footage filmed using drones, musing about how cool it is to be able to get a bird’s view of the world, to see your neighborhood from a totally new angle – What a time to be alive for a photographer, I thought.

And so, I decided to buy a DJI Air, because it’s tiny and therefore very portable. #instantlove. Deciding turned out to be much easier than buying.

Far up north, where I live, it takes a while to get your hands on a drone. I did consider ordering online, but I happen to be one of those people who need to touch expensive technology before making a purchase.

Weeks went by before I found an electro shop that actually had the Air in store. They couldn’t sell it me though. Their model was only for display… #thenorth

In the end, I found a drone to grope and buy on a journey to the Capitol (read: Oslo, where northerners should never-ever shop, because we need to support our local businesses or risk a ban from the community).

After finally-FINALLY flying my drone for the first time, I realized one thing:

I’ve watched tutorials on YouTube. I’ve learned the joysticks. But my brain refuses to understand how all that connects to flying.

Have a visual on your drone, they say. I get that. But I never get what’s the front and the back of the thing. And how do I keep a visual on the controls at the same time as watching the drone?

I wish I had played more video games as kid, but it was not considered to be a productive activity back then. I’m pretty sure it still isn’t in many circles. My drone problems however, remind me of those frustrating times when I actually got to play video games while visiting friends. I remember feeling like a retard. Let all kids play with technology, I say.

Moving on. What I lack in flying skills, I hide with skillful editing.

!!! DON’T watch this if you are in danger of suffering an epileptic seizure !!!:

Oh, how I hate not being instantly good at stuff. I’ve given up on a lot of things because they didn’t come easy, especially when I was younger. Fortunately, I’ve learned that the pleasure of mastering a challenging skill through hard work is awarding as well.

The clue is figuring out which areas you want to conquer and then work toward that. That’s way better than spending time on useless activities where you happen to excel. I’m very good at building homes for my Sims, for instance, but I’ll prioritize flying my drone instead.

PS. In case you wonder what I did instead of gaming: Handball. I also often play-pretended to be on a disco with my BFFs on top of a roof next to school, smoking stolen cigarettes and arguing about who’s turn it was to play «the boys».